I went to college and took up studying graphic design.  It was during the mid to late 90’s, before everyone and their brother had a desktop computer and a laptop at their disposal.  I couldn’t afford a computer, nor all the software programs like Photoshop and Illustrator, so I was forced to go to the computer lab if I wanted to do my homework and master any design skills.  That was all well and good if you were a total nerdsley McGee, but I couldn’t stand being confined to a computer lab all day, so I played ultimate frisbee with my friends instead.

Even though frisbee was not officially recognized as a major by my university, it might as well have been, because tossing a frisbee around and graduating with a degree in Art is about the same level of uselessness if you want to go on and get a job upon graduation.

After college, I did manage to land a job as a juvenile youth counselor.  I held the job for a year and a half, got burnt out from counseling troubled teens with drug addictions and abandonment issues, but mostly I got burnt out from dealing with their no good, lame ass, pathetic excuse for parents.  It was a lot to take on as a 21 year old.  I was  basically a kid myself, so I quit my job as a juvenile youth counselor with no promise of another job on the horizon.  No worries, though.  I still had my frisbee and a degree in Art if all else failed.

I had saved up a decent chunk of money, bought a laptop, and sat in my parents’ basement teaching myself how to edit videos for nine months (talk about nerdsley McGee!).  Through a stroke of good luck and with a little determination on my part, I landed a job in the film industry.  I’ve been working on commercials and films ever since.  But along the way, I’ve tried to come up with ways to justify spending $60,000 on a college degree.  Mostly it manifests itself in designing cool covers for mix CD’s or photoshopping my friends’ faces onto sea otters.  Some would argue that alone is worth tens of thousands of dollars, but I felt I should probably do a bit more with it.

At the beginning of this year, I decided to design a wall calendar as an exercise to keep my graphic design skills sharpened in the event that I would ever want to do anything with it beyond making grossly mutated sea otters with human heads.  The idea for the wall calendar was inspired by this whole notion that the world is going to end on December 21, 2012.  Nothing like a little world annihilation to get the creative juices flowing, yeah?  I used images of myself, superimposed them onto various backgrounds, added some flames, an explosion here or there, a ferocious wolf, a collage with my girl Beyonce, and woolah!  The 2012 Mayan Edition wall calendar was born.

The world is going to end soon ladies and gentlemen.  It’s a beautiful day outside today.  I think I’ll go toss the frisbee around… 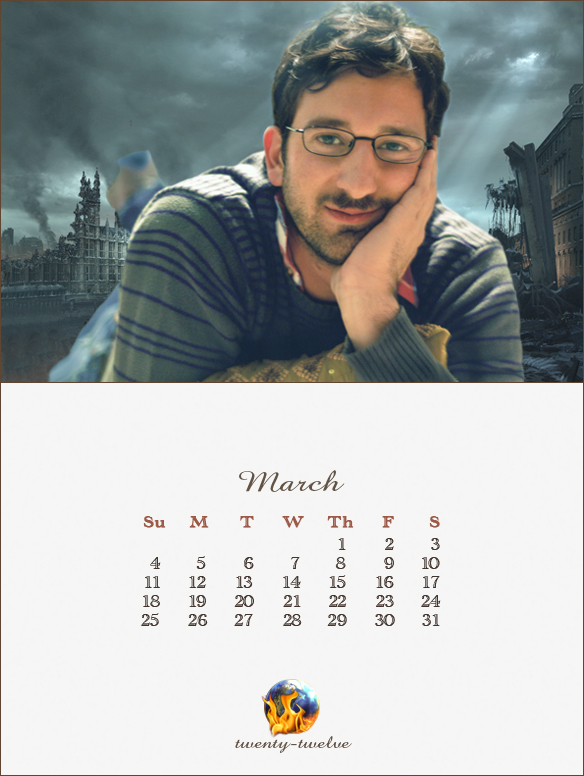 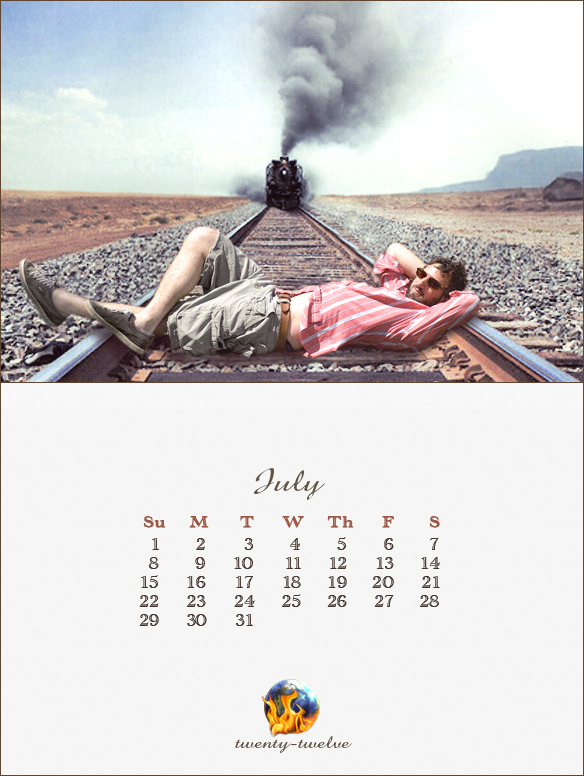 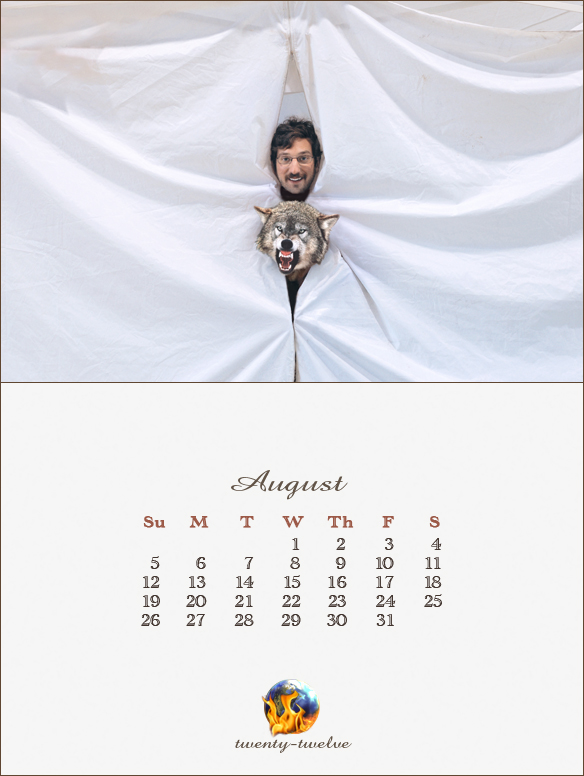 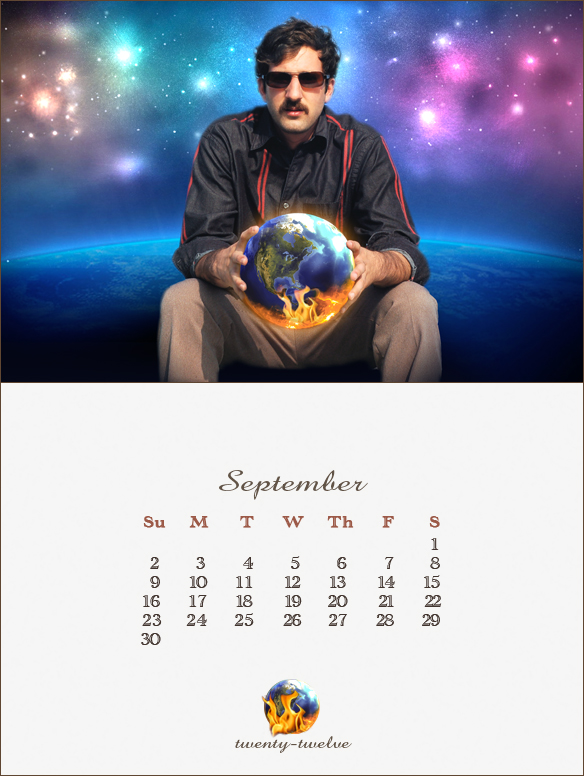 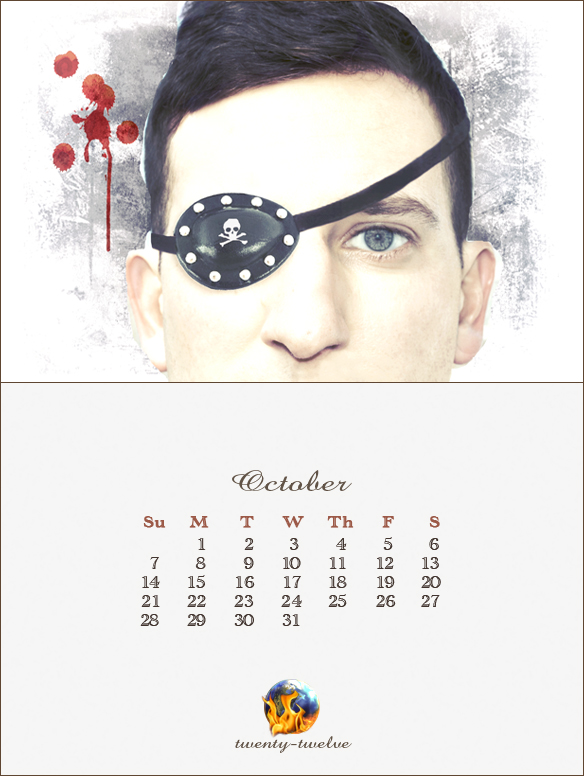