I woke up this morning from a strange dream at 3:28 AM.  I reluctantly rolled out of my comfy bed and fumbled for my laptop and a pair of glasses sitting on top of the nightstand.  I began writing down the dream while it was still fresh in my memory, thinking that this morning when I woke up, the dream would be of some great revelation.  Not so much.  I would have been better off to have just gone back to bed and forgotten the strange dream in its entirety.

The dream went like this:  I was a 14 or 16 year old boy in the civil war era.  Another boy of similar age – the enemy – was throwing javelins at me from about fifty yards away.  The javelins had a sharp arrow at the end of them.  They were nothing to mess around with.

The boy was aiming for my head, and my waist.  I dodged the first couple javelin throws, then he finally landed one.  The javelin spear chucked me right through the gut.  I thought I was a goner, but just as I yanked the javelin out from my stomach, I was rescued by a man riding along on a horse.  I thought, surely, this is the part of the dream where the man magically morphs into Kate Upton, takes me back to her secret lair to patch me up, and declares her undying love to me.  Not hardly.

The dream continued.  I was riding on the back of horse with the man, holding my intestines from spilling out all over the place, when the man circled back around to kill the boy.  I don’t normally condone violence, but in my opinion, the little shit kinda’ had it coming to him.  Thankfully I woke up from the dream before the slaughter of the boy occurred.

Needless to say, the dream put me in somber mood this morning, so I thought I would share a more somber piece of writing.  This is the first chapter from an untitled novel that I had started writing a few months back.  I have about 20 of these unfinished novels and screenplays to my credit (or discredit?).  I’ll read something, like a Mark Twain, or a J.D. Salinger, and think to myself, “Hey, I can do that.”   But it’s never quite as simple as sitting down at a computer to begin to write, so eventually I give up.

One of these days I’ll complete The Next Great American Classic.  It won’t be today, but rather than keep all of my works hidden, I decided to share a few excerpts from time to time.  Maybe it will give me the inspiration to pick one of them back up and finish writing.

I went to see my grandfather today.  Well, I didn’t see him, see him.  He’s dead.  Buried right underneath the oak tree that sits alone on top the hill out in the country.  It used to be his favorite hiding spot, that tree.  What exactly he was hiding from, no one will ever know.  About the only words he ever muttered to us was, “I told you not to come.”

My mom really tried for years and years.  She would load up the car with us kids – me, my brother, and my sister – and she would drive the six hours every summer to visit him at his farmhouse just outside Hamilton, New Jersey.  But most the time, PopPop would be no wheres to be found, or we’d see a tiny speck of a man on top the hill, sitting by his lonesome underneath the oak tree.  So instead of visiting him, we visited with the horses in the barn, or we visited with the ducks in the swimming pond.  It didn’t make no difference to me.  I’d rather talk to a duck than a jackass anyways, but it was hard on my mom.  She would cry the whole car ride home and claim it was from her allergies acting up.

The car ride home was something awful.  There was static coming in and out of the oldie’s station and mom’s sniffling.  The combination of the two sounds was about the worst goddamned sound any person could ever imagine.  Sniff, static, sniff, static, doo wop, doo wop, sniff, static.  I couldn’t wait to be out of that car.

PopPop was a bitter cuss of a man to put it mildly.  He didn’t like us kids.  He didn’t like my mom.  He didn’t like no one really, so when he died, no one in the family knew nothing about it.  It was the most baffling thing how someone could close themselves off to the world like that.  Mom drove down by herself one weekend to make a final attempt to “make amends” as she put it, when the phone rang:

“He’s dead!  He’s dead! I can’t believe it, he’s dead!”
“Slow down, mom.  Who’s dead?”, I asked.
“PopPop.  No one’s here and the house is all boarded up.  I couldn’t get inside, so I drove down to the neighbors, and they said he died over a year ago.  That no good, rotten, coward of a man didn’t even say goodbye to his own daughter!”

Death, what a sorry sack of shit that is.  Everyone has this idea that they can live forever, which ain’t but a lie.  You live to be 60 or 70 years if you’re lucky, and 80 years max.  PopPop, that stubborn mule, he made it to be 84.  He tried to cheat death as best he could, thought it wouldn’t find him if he just disappeared off the face of the earth during his final years, but death don’t pay no mind to cheaters.  Death will always have the final say.  Sometimes it will come to you as a whisper in the night, or sometimes it will roll you over with a 180 horse powered John Deere tractor while you’re out cutting hay, which is exactly what it done to PopPop.  Squashed him like a bug on a windshield, and that’s just the way death can be sometimes.

I don’t know why I drove down to his farm to go see him, except sometimes you just have to see things with your own eyes.  I wanted to see that cheater with a pile of dirt heaped on top of him, and I wanted to spit on his grave.  Once for my mother, once for me, and once for every sniffle, static and doo wop I ever had to hear on that car ride home.  By my accounts, that was about one million hawks of spit he had coming to him, but nobody has that much saliva to give another person no matter how much they done you wrong, so I decided it would be best to save my spit.

It took me a little bit of searching, but I found his gravesite.  There it was. Just a tiny speck on top of that hill, right underneath the oak tree where I last seen him.  It was  peaceful.  It wasn’t cluttered with all the other tombstones, and giant statues of crosses, and those stupid, fake flowers that everyone is so fond on leaving behind for a bunch of stiffs.  I had to hand it to PopPop for that one.  He had a nice view, a cool breeze, and some shade for when the sun got too hot.  Some good it did him now, but he got what he was after.  He got to be left alone once and for all.

The marker didn’t have no name, no birth date, or no nothing, really.  The only thing it said was “Here lies a good man.” I’d like to know who he paid to carve out that big, old lie.  I would’ve had a few other choice words if it were left up to me. It was probably best that it wasn’t.

I sat down next to his grave for nearly an hour.  The summer breeze got me to thinking.  I thought, ain’t it a shame how you can live your entire life only to be summed up by a few, lousy words carved on a slab of stone.  It’s really a crying shame the way the whole thing gets played out, so I decided that when I get squashed, I’m gonna leave behind more than just a few words.  I’m gonna leave behind a whole damn book.  There will be plenty of funny stories, adventures, and good times, but I won’t spare the bad parts, neither.  There will be stories of sadness, and heart break, and ain’t that the way life goes, really?  Ups and downs, highs and lows.  Some good men and some a little rotten, too, but at the end of it all, we all have the same measly reward waiting for us when we die.  Just a cheap vase of plastic flowers at the foot of our grave, and a few, measly words for people to remember us by.

At least I’ll have the decency to say goodbye.  That will be the last word in the book:  goodbye.  Then I’ll sign my name, Samuel Wynmore, and I suppose now that I think about it a little more, it wouldn’t hurt to end it with “Here lies a great man.” A helluva lot better man than his deadbeat grandfather, that’s for sure.

Guess I better get to writing.  I know just where I outta start.  Where every great man’s life begins and ends. With girls and booze. 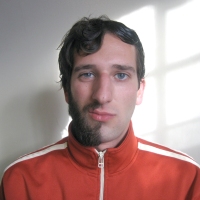 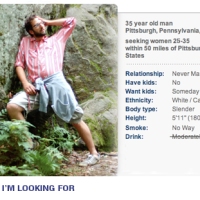 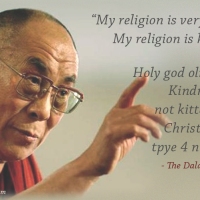 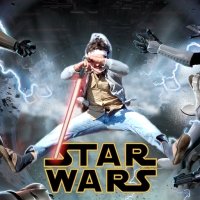 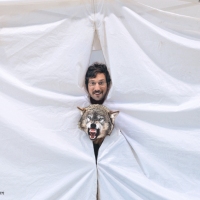